Having taught many students over the years, I’ve seen various levels of readiness to perform. I would say most students did what they thought was preparing and working hard, but what I’ve learned over the years observing myself and others is that there’s always more one can do. This means that it’s a process that you add layers to after each performance after assessing how it went.

But I do think that there’s a bare minimum that must be done in order to help reduce the anxiety level, so I will address those minimums here.

I know, obvious, right? Before you start getting defensive thinking you already do this and skip to the next suggestion, hear me out. What I mean is you never want to walk into a performance situation thinking, “If only I had another week to prepare!” Most of the time, these performance situations don’t come at you by surprise. You did have that extra week, and for whatever reason didn’t or couldn’t take advantage of it. Sometimes, when life happens, it’s best to bow out of the performance.

When I was teaching but also still taking lessons, I was participating in the local MTNA chapter’s “auditions”. You didn’t audition for anything, but you performed for a judge and got comments. Children up through high school could advance to State level which was a competition, and adults could participate only on the District/non-competitive level. I decided to perform to get feedback. I also had students participating that day. The week prior to the event, however, I was terribly ill with an awful head cold. This was so bad I couldn’t even think straight. I tried playing but I couldn’t focus at all. So when I recovered after 5 days, I only had a few days in order to try and recuperate what I lost.

I should have bowed out of playing my solo stuff and just focused on accompanying my voice students. But foolishly, I went forward with it. It was a disaster. To make matters worse, the judge, who was a revered faculty member at the local college thought I was a high school student and started to berate me for not being prepared. I was taken aback by how she treated me and explained that I was sick the previous week, to which she replied, “Then maybe you shouldn’t have performed.” I was in tears when told her I was an adult, and she started to backtrack, but the damage was already done. I ran out of the room as she called out, “But you played with a beautiful tone!” I was devastated. I just wanted to go home, but I had to play for my students. I’m so thankful for them, because rather than licking my wounds, I had to get right back on that horse and support them. They did far better than I did that day, thankfully. And no judge treated them so poorly.

While that was an awful experience, though, I did learn that I really should have backed out of playing my solos. From that I learned this valuable lesson: what happens in the months and weeks prior to a performance are very important of course, but what is most important is how practice goes the week prior to a performance. From that point on, I began devising ways to help myself and my students be more prepared, and here’s what I came up with: 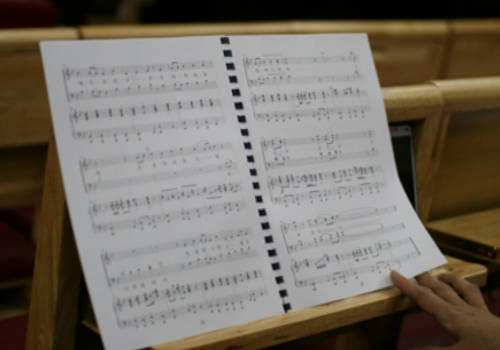 Plan A is to play perfectly. But maybe on a good day when no one is listening, we’ll accomplish that. So a Plan B is wise to have waiting in the wings.  Plan A is what we do in the months prior to a performance in how we practice on a daily basis (see my article on Practicing Effectively). But Plan B happens usually the week prior to a performance.

Let’s face it: are you really going to fix that problem in the development section of the Clementi that you’ve not been able to resolve in the past 2 months in the final week before a performance? It’s unlikely. And that doesn’t mean you can’t or shouldn’t keep trying. Any practicing that you do will increase your chances of Plan A happening there. But when you add the stresses and distractions that come with a performance, it’s likely that mistake will rear its big ugly head.

So, we need a Plan B. Plan B might be what I described in #1 above: try the passage, if it doesn’t go well, skip to the next measure. Or, it might only be dropping a note or two. You’re not purposely trying to play it wrong, but one little mistake can totally derail a performance. I’ve seen if happen….all is going well, and one wrong note that no one cares about except the performer causes a complete breakdown that the performer then scrambles to recover from for the rest of the performance. So, you have your Plan B in pace to cut your losses. 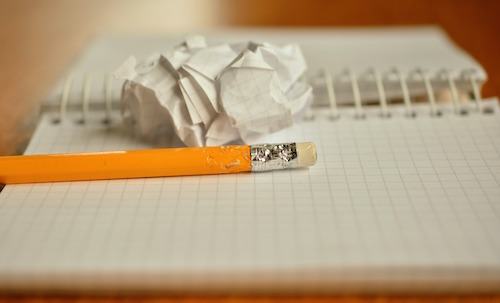 But just knowing what you could do in that situation isn’t quite enough. You actually have to practice using it! So the week prior to the performance, you are practicing performing your piece – and that means when that problem arises, you go straight to Plan B. After you finish playing the piece, you can always go back to that passage and do focused work to correct it. But during the performance practice, you are definitely NOT supposed to fix your mistakes! You are practicing playing Plan B.

I know some will disagree with me on this, stating that practicing playing it wrong will only serve to play it wrong in the future, but I think that until one can get to the point that they can have the presence of mind to do a Plan B unrehearsed – which cannot be done when in the grips of fear – it is better to plan for one’s mistakes. There will be plenty of unplanned mistakes to contend with in a performance, so minimizing that will reduce the amount of anxiety one feels. This is a process, remember.

3. Practice performing in front of others

Whatever you can do – gather friends or family around the piano, play on a piano that’s open to the public – play for anyone you can coerce to listen to you, and do it more than once if you can. The first time performing a piece is often not the best time (and can often be the worst), so why not try out the performance beforehand, assess what went well and what needs improvement, and then go back to practice focused on those things?

How often have students said, “I got this, I know it well,” only to find that when they actually performed it, they made mistakes they never knew even existed. Places they thought they knew like the back of their hand fell apart in a most glorious fashion during the performance. What this means is that they didn’t really know it as well as they thought they did. Practicing performing reveals these hidden areas to us so that we can better prepare for the real performance. 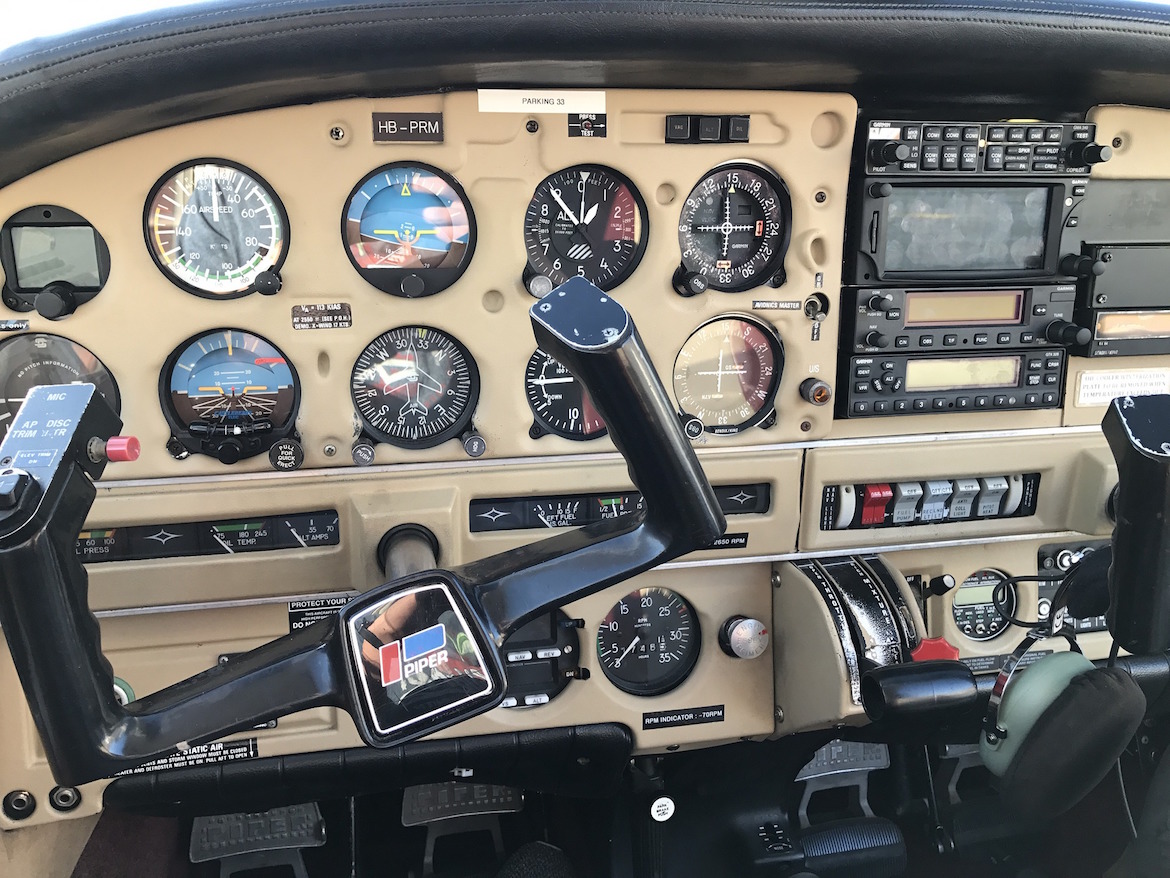 4. DO NOT TRUST AUTOPILOT

I put this in caps because it’s such a big reason of why things fall apart in a performance.  There was a member of a volunteer choir that was selected to sing a solo at their spring performance. She had a lovely voice and knew the song so well – she had been singing it since she was a child. Rehearsals went fine and she felt quite ready. But then came the performance, and nerves kicked in. She forgot her words and got lost in the music! She eventually recovered, but not after a quite obvious section where she was lost. “I knew the piece inside and out!” she exclaimed after the performance. But the fact of the matter is, she didn’t really know it as well as she thought.

Her mistake, and one I’ve made several times and seen is the mistake of trusting Mr. Autopilot. He’s a very nice companion to have, don’t get me wrong. We do have to rely upon him for a certain extent. Our hands just know where to go because we’ve played the piece so many times. This then allows us to play some pretty complex things and also to focus on playing them musically. But he’s not very good at details like, “Play a B here instead of a G so you can move on to the development section,” or “Don’t forget this repeat has the added embellishments.”

He’s is also very good at letting your mind wander. I’ll speak more of this in the “Inner Dialogue” section. But let me just say that it is imperative that you keep your conscious mind engaged in the actual music you are playing while performing. You have to have points where you tell yourself what’s next, and you practice telling them to yourself right before you have to play it. It’s not constant, but there should be those places where there are either pivotal changes in the music that prevent you from repeating the same section over and over again, or places where you usually have memory slips. And you practice telling yourself these cues a bit before they should happen so you are present and ready for them, and they should be happening throughout the piece as needed.

5. Know the last chord or key to your piece 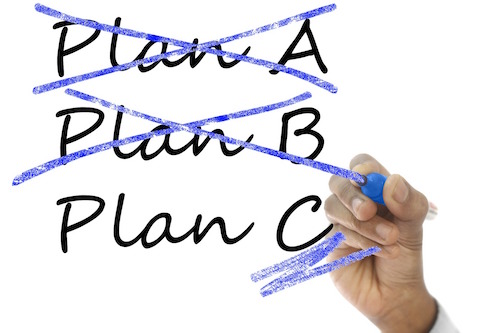 OK, I know this sounds odd, but I’ve seen where students are well-prepared, they go up to the piano and play a flawless performance – which surprises them and they get excited that it’s almost over without a mistake and…they forget how it ends!  Suddenly, the music comes to a halt as they try to remember the ending.

Therefore, know your ending note or chord or tonic for the key you are in. This would be one of those “cues” from #4 that you insert right before the end. But if anything goes wrong, you can at least end on a chord that will sound relatively right for an ending. Sure, Plan A is to know that ending perfectly, but it’s funny how such distractions like a good performance can just throw all that preparation out the window. So, we need this kind of Plan B.

That’s pretty much it for preparation. I haven’t included memorization techniques and practicing techniques that would lead up to a performance as well – these things can also be very helpful in preparing. I will cover those topics in other articles.

In Part 3, we’ll cover the more psychological side of performing, and how to improve your outlook and ability to focus on performing and being in the moment – or slightly ahead. Let me know your thoughts on your own ways of preparing for a performance!